All DOQ’s (Dogs Of Quality) need two pieces of apparel to make them look the part. One is a bow-tie. The second, a proper hat.

We all know that my bow-tie game is super strong, but as I looked at my selection of hats (or lack thereof), I realized it was time to visit my friends over at Goorin Bros. Hat Shop and do some serious damage to my human’s wallet.

For over 100 years, Goorin Bros. has been making men (and women) look extra fashion. Because let’s face it, no matter if it is a Boater or a Fedora, a Cowboy or a Panama…Hats are the icing on the outfit-cake.

It all started in Pittsburgh, Pennsylvania, in 1895, when Mr. Cassel Goorin decided that his life passion was to create hand-crafted hats and then deliver them to his customers on his horse-drawn cart. He wasn’t horsin’ around!

The business stayed in the family as Mr. Goorin passed it down to his two sons who then, in turn, also passed it on to their kids. Four generations and 30 shops later, Goorins has become the place to go when looking for timeless, classic hat styles with unique flare and pawsonality!

My Visit To Goorin Bros.

I recently visited my local Goorin Bros boutique located on Lincoln Road in South Beach. I called up my buddy Israel, store owner and mustache-extraordinare, and told him I desperately needed something to spruce up my DOQ look. Below are a few of the hats he recommended.

The ruffest part about visiting Goorin Bros.? Not knowing which hat to pick!! They have such a wide selection, you’ll want to leave with one of each.

I am going to leave it up to ya’ll to pick which hat I should go back and get: the Miles D., the Belsky or the Big John. Let me know if the comments below which one is your fave.

If you are ever in Miami, visit my buddy Israel on Lincoln road and tell him Hami sent ya 🙂 And, of course, make sure to check them out on Instagram.

2 responses to “My Hat’s Off to Goorin Bros. Hat Shop” 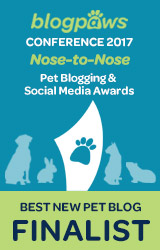